The final piece of my three-part series regards what I have coined “Point Elasticity”, which was the genesis of this series. Let me explain. At a fundamental level when choosing a weekly (or at times, season) lineup an owner is given:

See below for an example of a FanDuel Lineup Selection: 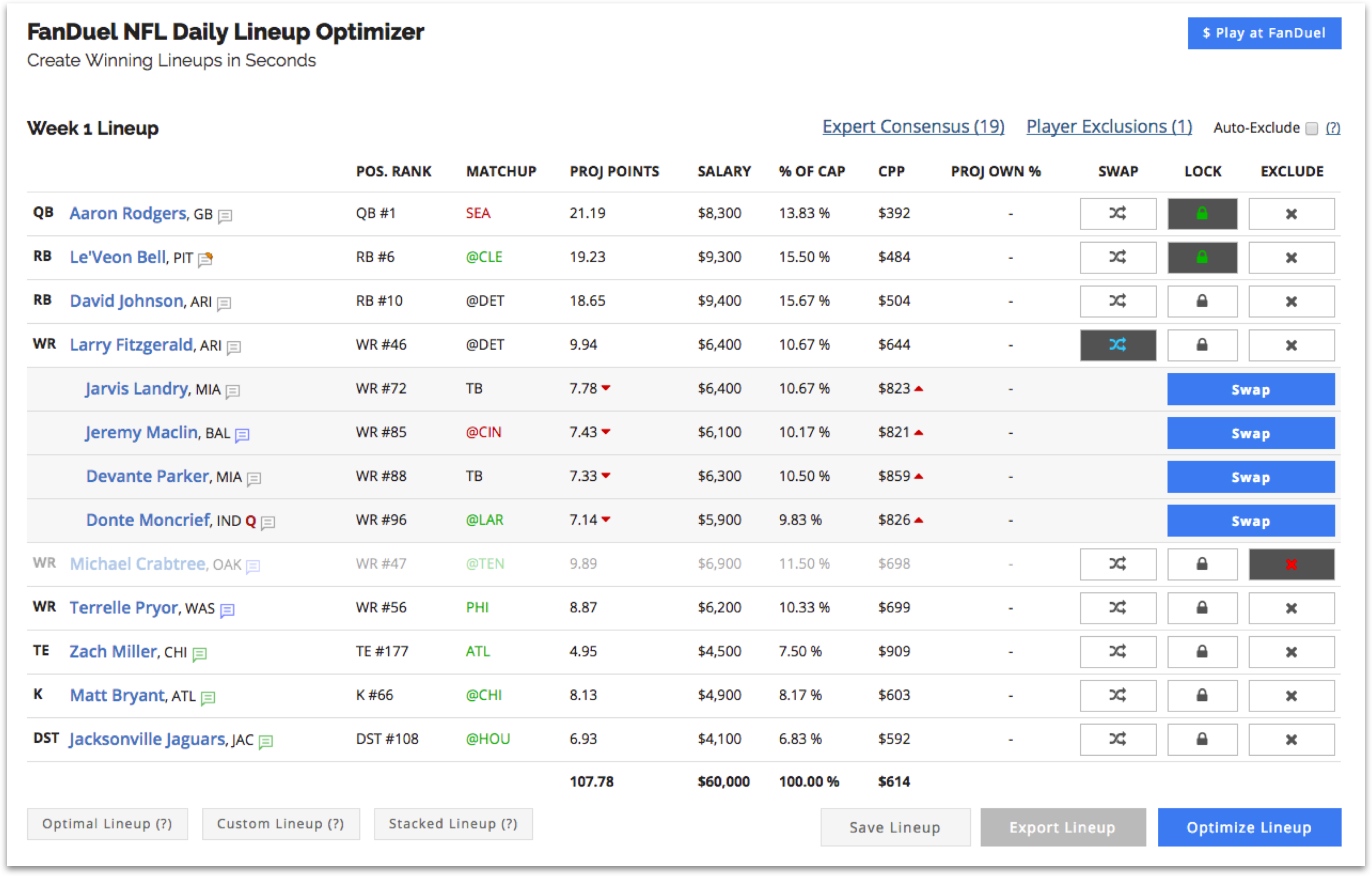 Those two pieces of data are critical, don’t get me wrong. One stat gives you player weekly performance and another gives you the strength of opponent. However, why does it not ALSO tell you how well (not well) a player reacts to SOS? That is if a player averages 10 Points/Game (P/G) regardless of competition, why should that matter in your selection? Likewise, if a player averages 7.5 P/G and tends to perform better against poor competition/worse against good competition doesn’t that tell you playing against a bad team may be a good sign?

What the 2017 Fantasy Football Point Elasticity tells us is how much a player’s weekly output has to do with the opponent he’s facing (what math guys call “correlate”).

You can find the rankings below, and work through the raw data if you wish in the 2017 NFL Fantasy Consistency Data.

Like always, I hope you got some value out of the 2017 Fantasy Football Point Elasticity, but instead of giving my insight, I will let the numbers speak for themselves. If you have questions/would like to request more detailed reports, please comment below.

*Note: Although its a rarity, especially given we are only looking at fantasy-relevant players, if a player posted 0 points for a given week, its assumed he was hurt and that week’s score was not taken into account for the averages.