Skip to content
Ok, I know this is a stretch, but I think I have an idea for a sports movie.  It may be a little over the top, a little too “Hollywood”, flirting with fiction, but let me know what you think:
We take a beloved sports team, who because of a broadcasting “quirk” that dates back decades (WGN – national TV) gains a national audience, not win a championship for 50…no, 100 years!  And in doing so, let’s add to the tension by giving those fans 3 or so opportunities during those 100 years to get close to the championship but have something strange stop them.  And wouldn’t it be weird if we choose scapegoats, or curses, that all start with the letter “B” to “stop” them from winning?  How about a, billy goat, black cat and some kid named Bartmann?

Now to set the story up, we need to find a Front Office guy, with a resume that includes bringing a championship to another city experiencing a similar drought, to have the team take a dive for a few years, and TELL US 2016 is the year/all the pieces will be in place.
Now to the game itself, after a heck of a regular season, the team gets to the championship series, but goes down big, how about 3 games to 1, no doubt leading to an elimination game 7.
And oh yeah, make the final game go into extra innings.
Ok, so the moment is setup, let’s talk sub-plots:  First, the series itself…Let’s take a fan favorite, maybe a home-run hitter, hit him with a devastating injury at the very beginning of the season.  And how about this for a twist:  let’s make his primary position Catcher, and have him hurt his knee…so all he really can do is swing a bat, even IF he miraculously comes back JUST for this all-important series.  But, that means we need to have the other league win the All-Star game, giving the American League home-field advantage, and putting the DH in play…And one final twirl, let’s have this HR hitter come back to lead the team in hits (not HRs), and appear like a contact hitter. 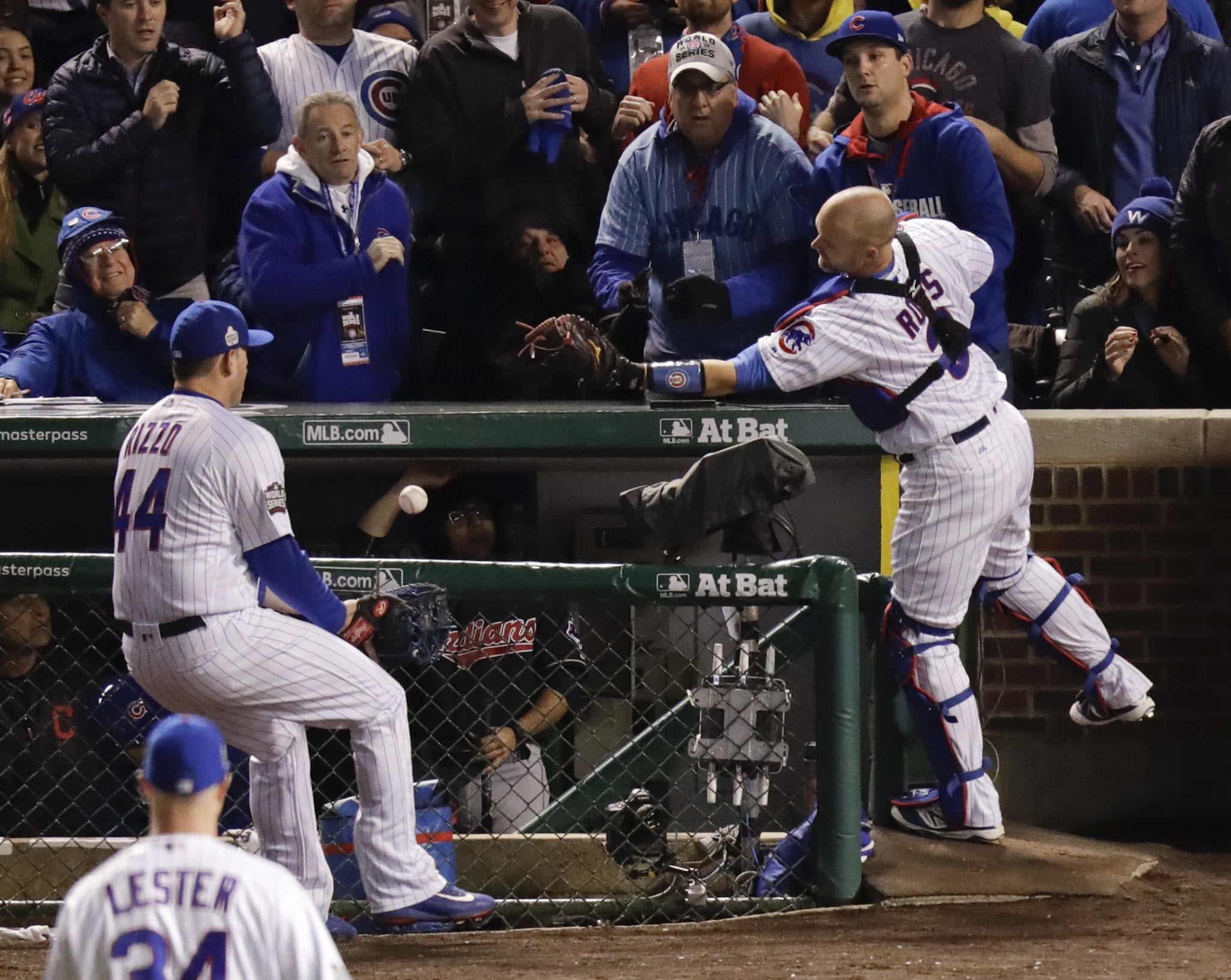 Do you think we could have a play in the series where one player tries to catch the ball, only to have it bounce out of his mitt into another player’s?
Alright, now what gets a fan base going more than a Grand Slam?  Yeah, One, no TWO grand slams throughout the playoffs (and make sure one is in the World Series), bonus if we can have a guy previously thought to be a bad front office move hit it (Trading the Shark to the A’s).
What else can we throw in there…Let’s have the team make a mid-season splash, with a controversial player, who will only contribute 1 inning a night, tops (maybe like a closer), to be forced into pitching 8 outs, to get them to game 7—maybe make the same guy the “goat” in the clincher too?
And now to the final game, clearly, we need to lead off the game with a Home Run…ideally, let’s have a guy that signed a big free agent contract with another team, only to surprise the team by coming back on the last day before the regular season be the one leading off with a HR.
Speaking of home-runs, what if we take the oldest player on the team, one who is going to retire after this year, whose contribution to the team is clearly intangible, hit a home run in his last EVER at bat…we couldn’t do that with a guy that only had 1 HR all last year, can we? Just do it.
Ok, we’re cooking now, but we need to have some kind of big speech after the team gets hit with a lot of adversity.  So, for starters, obviously they need to go up big, only to have the opposing team tie up the game late.  Then let’s add a rain delay to add tension, and allow the whole team gather together in the locker room, and have a player, maybe who the public views as overpaid, to give a rousing speech that motivates the team to victory.
And on the Last out, with all the viewers on the edge of their seat, let’s have the player fielding the ground ball grin the whole time, only to throw the ball to the veteran first baseman, who safely, and nonchalantly, secures that baseball in his back pocket.
I think it’s too much.  No one would ever believe this could happen, let’s just nix the whole thing.